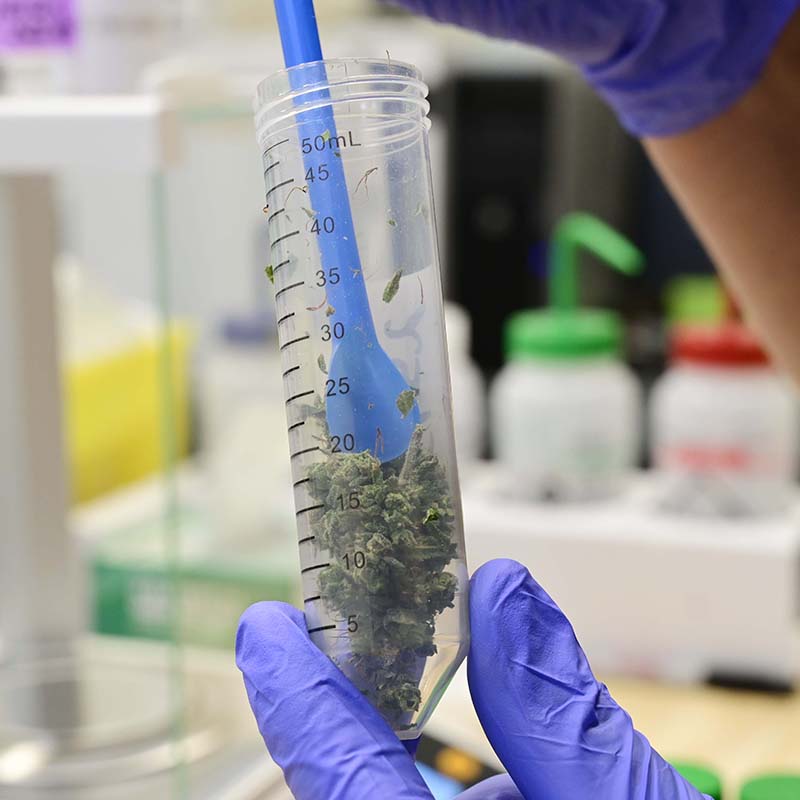 The cannabis plant continues to demonstrate a number of benefits that we’re only just starting to uncover and investigate. With CBC at the forefront of intriguing minor cannabinoids to hit the cannabis market, there’s no better time to grow hemp that’s producing high amounts of CBC and providing differentiation in the market.

Until recently, CBC (cannabichromene) went largely undetected and is still typically only found in trace amounts. Whereas other minor cannabinoids like CBG are only expressed at the reduction of other highly desired cannabinoids, like CBD or THC, breeders are discovering that certain CBD varieties can all be bred for high CBC. The combination of CBC and CBD in the same plant brings even more value to the farmer as the cannabis market continues to grow with consumers looking for new experiences.

Like THC and CBD, CBC stems from the mother of all cannabinoids, cannabigerolic acid (CBGA). However, the unique molecular structure of CBC means it functions differently within the human body compared to THC and CBD. Unlike THC, CBC binds poorly to CB1 receptors in the brain and displays more successful connections to the CB2 receptors, which are connected to the immune system. To most people, CBC feels similar to CBD when ingested, but its significantly different chemical structure exerts different potential health benefits.

Like CBD, CBC is non-intoxicating, so it does not have the psychoactive effects of THC. The main reason CBC is non-intoxicating has to do with its poor connectivity with the CB1 cannabinoid receptors in the brain, which result in the euphoric feelings associated with smoking THC. CBC has been shown to bind with other receptors in the body that are linked to pain perception. When activated, these receptors release anandamide, increasing the levels of the body’s natural endocannabinoids.

Based on CBC’s association with the relief of pain and inflammation, research into CBC is increasing and initial findings show promising results in the overall support of the neurological system and the potential to reduce the effects of cancer. CBC binds well with the TRPV1 receptors in the nervous system, potentially even better than CBD, which increases CBC’s ability to aid in pain reduction. CBD and CBC also appear to work well together to provide neuroprotective and neuroregenerative benefits. In particular, both cannabinoids show a beneficial use in topical applications for the anti-inflammatory benefits and CBC may also contain anti-acne properties. And while CBC is shown to have many benefits when applied by itself, researchers also think that it works in conjunction with other cannabinoids like CBN. This entourage effect is well-known in THC and CBD, but the entourage effect between other minor cannabinoids is less researched and therefore less understood.

This rare minor cannabinoid is hard to breed for but quickly gaining popularity. In the current cannabis market, CBC is only found in trace amounts. Many “high CBC” plants typically only have 0.4-0.8% CBC.  As the potential health benefits of CBC become clearer, the need for high-CBC producing plants grows. That’s why Front Range Biosciences is at the forefront of CBC breeding with two CBD varieties currently producing additional CBC. Our Valerie seed has between 2-4% CBC and the Fruity Petals variety averages upwards of 1% CBC, both with strong CBD levels when best farming practices are followed. These two federally complaint hemp varieties also boast gorgeous terpene profiles and can be grown from professionally sorted feminized seeds for smokable flower and extracts. We’re excited to continue making minor cannabinoids like CBC accessible to farmers and consumers alike – check out our Valerie and Fruity Petals product pages to learn more!